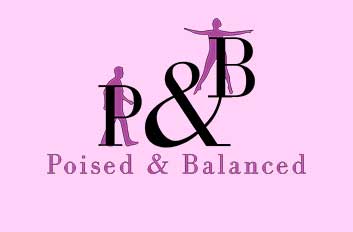 The latest research and articles in neuro-science, technology and quantum physics proves there is a powerful connection between your mind, body, emotions, beliefs and energy fields. Together, they create a superhighway of inter-connected information and energetic networks.

As Aristotle said, “The whole is more than the sum of its parts.” Rather than treating the mind and body as separate entities.

Whether you realise it or not, you have an incredible body that can heal itself, a phenomenal brain and a vast and powerful unconscious mind. Pioneering scientists like Dr Candace Pert, Dr Bruce Lipton and Dr David Hamilton have helped to revolutionise our understanding of the link between our minds, bodies and energy systems.

Your body is made up of between 50-70 trillion cells and every cell has approximately 100,000 chemical reactions every second. Why? They are continually responding to new information, your environment and energetic fields. This MindBody Intelligence means you are changing and adapting ALL the time!

Your body will speak to you. It does this every minute of every moment of your life. Learning the art of listening to your body is of no lesser importance as it is to learn to listen to others. Some signals are loud and easy, like the feeling of eating too much food. Although if you have been doing this for years you will be numb to the sensation. Other signals are very subtle and require focused attention and intention.

Movement is unique to everyone. Some people are runners, some people would be wrong to run. This first step is a process of experimentation and exploration. Your particular type of movement will bring you joy and energy. It could be yoga, martial arts, dance, walking, swimming, skipping, gymnastics, strength work…

Everything You Need to Know to Feel Go(o)d,

Candace Pert made a breakthrough discovery that changed the way scientists understand the mind-body connection. She found the opiate receptor, the mechanism by which a class of chemicals (peptides) alters the mind and body. Her research led her to an understanding of the way emotions function as a regulatory system in the body. Since that discovery she’s been focused on developing an AIDS treatment using peptides, first at the University of Georgetown Medical Center, and now as scientific director of RAPID Pharmaceuticals (see www.candacepert.com for more).

Because of her work on emotions, Dr. Pert was featured in the film, What the Bleep Do We Know, and frequently speaks on the role of emotions in the mind-body. Pert’s work helped shift the paradigm from “emotions as neuroscience” to “emotions as biology.” In her new book, Everything You Need to Know to Feel Go(o)d, she’s taking the science of feeling a step further to present “emotions as physics.”

As a companion to the article below, an audio interview with Dr. Pert is available:

Emotions, Pert explains, are not simply chemicals in the brain. They are electrochemical signals that affect the chemistry and electricity of every cell in the body. The body’s electrical state is modulated by emotions, changing the world within the body. In turn, Pert finds emotional states affect the world outside the body.

“I’ve always kind of known that the energy you emanate from within attracts the situations and people that you need,” Pert explains. “I’ve always known that but wasn’t quite walking my talk. You would have thought I could have figured this out by now. But it’s really only in the last few months since the book came out that I’ve been able to really live this.”

I asked Pert to explain how emotions have such a powerful effect. “We’re not just little hunks of meat. We’re vibrating like a tuning fork — we send out a vibration to other people. We broadcast and receive. Thus the emotions orchestrate the interactions among all our organs and systems to control that.”

As Pert explained in her earlier book, Molecules of Emotion, neurotransmitters called peptides carry emotional messages. “As our feelings change, this mixture of peptides travels throughout your body and your brain. And they’re literally changing the chemistry of every cell in your body.”

This is all mainstream science, but it doesn’t explain how one person’s emotions can affect another person and the larger world. “You’re still thinking about this as chemistry,” Pert chides. “Of course it is chemistry, but it’s also physics and vibrations.” Neurotransmitters are chemicals, but they carry an electrical charge. The electrical signals in our brains and bodies affect the way cells interact and function.

“You have receptors on every cell in your body. They actually are little mini electrical pumps.” When the receptor is activated by a matching “molecule of emotion” the receptor passes a charge into the cell changing the cell’s electrical frequency as well as its chemistry.

Pert says that just as our individual cells carry an electrical charge, so does the body as a whole. Like an electromagnet generating a field, Pert says that people have a positive charge above their heads and a negative charge below. “So we’re actually sending out various electrical signals – vibrations.”

“We’re all familiar with one kind of vibration: When we talk, we send a vibration through the air that someone else perceives as sound. As I explain in the book, we’re also sending out other kinds of vibrations. It’s a basic law of physics that when you are close to an energy source it has a greater effect and that diminishes as you move further away. But when you are far away there is no effect.”

“It’s not something you can say in 25 words or less. It is a whole new paradigm shift that basically leads you to realize you’re not alone. You are connected to everybody else. Your emotions are key. And you are leaving a wake, changing the world around you in a huge way.”

We need to stay in exquisite listening mode.

previous10 Proven Ways To Grow Your Brain: Neurogenesis And Neuroplasticity