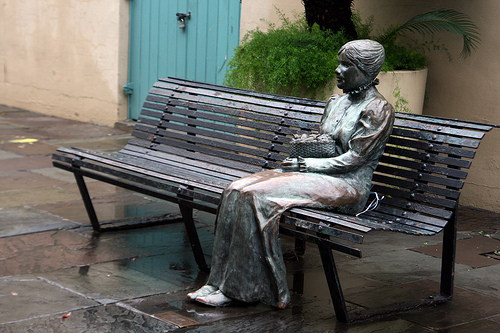 A new study led by the University of Leicester, in association with colleagues at Loughborough University, has discovered that sitting for long periods increases your risk of diabetes, heart disease and death regardless of physical activity.

The study, which combined the results of 18 studies and included a total of 794,577 participants, was led by Dr. Emma Wilmot, a research fellow in the Diabetes Research Group at the University of Leicester. It was done in collaboration with colleagues from the newly established National Institute for Health Research (NIHR) Leicester-Loughborough Diet, Lifestyle and Physical Activity Biomedical Research Unit and was published in Diabetologia, the journal of the European Association of the Study of Diabetes.

Put simply, the danger in prolonged sitting is that it “stalls the metabolic machinery,” as Dr. Levine put it. “The body has an exquisitely designed system for trafficking fuels such as carbohydrates and fats. Serious consequences result when the muscular engine sits on ‘idle.’ “

According to Dr. Levine, this “physiology of inactivity” results in a variety of immediate, undesirable effects. For instance, inactivity impedes the ability to metabolize fat and sugar and it also elevates triglycerides, potentially raising the risk for cardiovascular disease. Prolonged sitting weakens muscles, which can lead to back pain, arthritis and joint problems. Previous research has demonstrated that sitting for long periods suppresses lipase, an enzyme involved in fat metabolism that is produced only when leg muscles flex — low levels are associated with heart disease and other illnesses. Sex hormones, including estrogen and testosterone metabolism, also are affected, Dr. Levine noted, adding that “these impact all aspects of physical and emotional states.”

According to the study, those who sit for long periods have a two fold increase in their risk of diabetes, heart disease and death. Importantly, associations were independent of the amount of moderate-to-vigorous physical activity undertaken, suggesting that even if an individual meets typical physical activity guidelines, their health may still be compromised if they sit for long periods of time throughout the day.

Dr Wilmot, a Clinical Research Fellow in Diabetes and Endocrinology based at the Leicester Diabetes Centre, Leicester General Hospital, said: “The average adult spends 50-70% of their time sitting so the findings of this study have far reaching implications. By simply limiting the time that we spend sitting, we may be able to reduce our risk of diabetes, heart disease and death”.

“Our study also showed that the most consistent associations were between sitting and diabetes. This is an important message because people with risk factors for diabetes, such as the obese, those of South Asian ethnic origin, or those with a family history of diabetes, may be able to help reduce their future risk of diabetes by limiting the time spent sitting. “

Professor Stuart Biddle, of Loughborough University, and a co-investigator on the study, said: “There are many ways we can reduce our sitting time, such as breaking up long periods at the computer at work by placing our laptop on a filing cabinet. We can have standing meetings, we can walk during the lunch break, and we can look to reduce TV viewing in the evenings by seeking out less sedentary behaviours.”

Professor Melanie Davies, Professor of Diabetes Medicine at the University of Leicester and honorary consultant at University Hospitals of Leicester is a co-investigator and Director of the NIHR Leicester-Loughborough Diet, Lifestyle and Physical Activity Biomedical Research Unit. She said:

“This paper has a very important message for the public but also for health care professionals – namely that being sedentary is common and dangerous for our long term health, particularly for diabetes and cardiovascular disease, and that this link appears to be over and above other lifestyle factors such as our diet and physical activity.”

previousTurn your stressing into blessings.